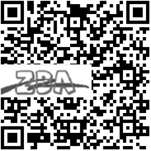 A 1-D bar code is a machine-readable code in the form of alphanumeric and a pattern of parallel lines of varying widths, printed on and identifying a product.

Barcode 2D that stores data both  horizontally and vertically

Hologram 2D process color as part of its efforts to control and eradicate the spurious and counterfeit products by incorporating 2D Barcode and ID Linear Barcode which having the genuine information about the product and services. 2D codes can store up to 7,089 characters

QR code (abbreviated from Quick Response Code) is the trademark for a type of matrix barcode (or two-dimensional barcode) first designed for the automotive industry in
Japan.

QR symbols, the message is broken up into several Reed–Solomon code blocks. The block size is chosen so that at most 15 errors can be corrected in each block; this limits the complexity of the decoding algorithm. The code blocks are then interleaved together, making it less likely that localized damage to a QR symbol will overwhelm the capacity of any single block.